Fill an 8-quart stock pot with water and bring to boil. Add Coach’s Seasoning. Remove two cups of water and hold aside in a small pot. Add corn and potatoes. After ten minutes, add sausage and cook for additional twenty minutes. Remove corn, potatoes, and sausage. Place them in a container and keep warm. Add back two cups of seasoned water. Boil crabs for four minutes, and then place in warm container. Add shrimp, cook for one minute, stirring shrimp every twenty seconds for even cooking. Remove shrimp; add to corn, potatoes, crab, and sausage and enjoy

(For an extra kick, add and mix Coach’s Low Country Seasoning from the shaker bottle to cooked shrimp before serving.) 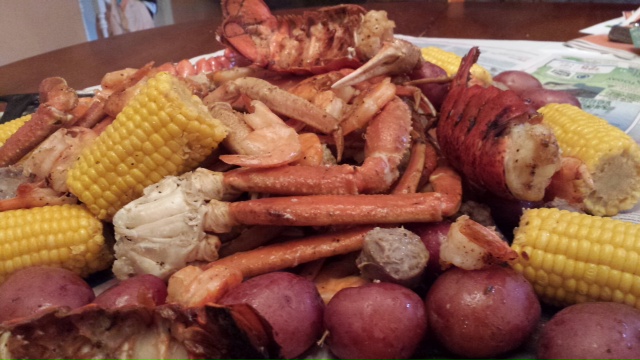 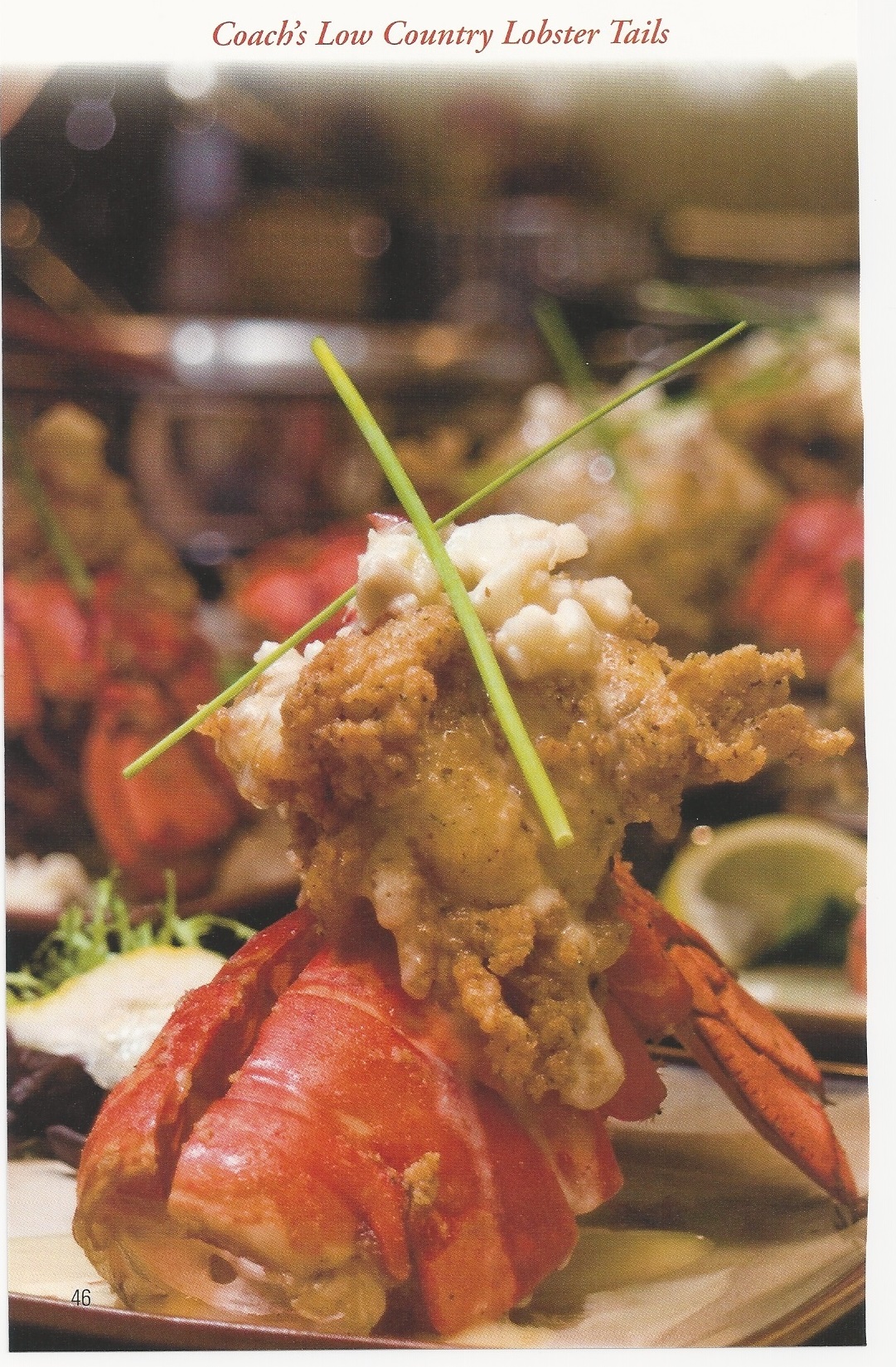 Place wine, vinegar, lemon juice, shallots, parsley stems, thyme stems, bay leaf, and peppercorns in a non-reactive sauce pan. Heat over medium-low heat and simmer until liquid is reduced to 2 Tbs. Strain liquid; place back in pan and add heavy cream. Turn heat to medium high. When liquid is bubbling gradually, add butter pieces, while stirring constantly with a wisk until all butter is incorporated and melted. Remove from heat immediately and continue stirring for about one minute. Finished product should be smooth and not separated. If it separates, the sauce is broken and you will need to start again. So be very careful while making the sauce, and stir constantly.

Cut lobster tails down the top middle of shell, stopping just before the tail fans out. Cut two small slits on both sides on the top of the shell where you stopped before the tail fans out. Press the lobster tail firmly until it slightly cracks. Remove tail meat from shell, keeping the shell connected at the base of the tail. Remove one of the lobster’s tail meat completely from shell; dice and refrigerate for later use in the sauce. Add 2 1/2 Tbs of Coach’s Seasoning to cold water, and place your four tails with shells intact in water bath. After ten minutes, remove from water bath and bread tail meat only with Coach’s Breading. Place tail (shell and all) in deep fryer at 350 degrees (F) for approximately four to five minutes, until golden brown. Remove from fryer oil, and drain grease. Sautee diced lobster meat over low heat in a pan with a little butter, and season with 1/2 Tbs of Coach’s Seasoning. Remove from heat. Add four ounces of buerre blanc sauce to pan with lobster meat. 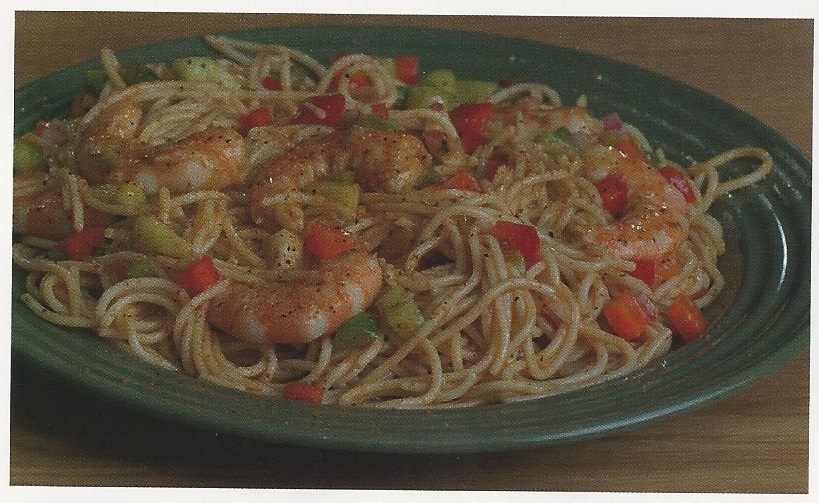 Cook pasta according to package directions and cool completely. In a different pot, add the 6 oz bag of Coach’s Seasoning to 6 quarts of cold water, and boil. Add shrimp; cook for one minute, stirring continuously. Remove from pot. Peel, cool completely and put aside. Julienne all peppers. Thinly slice onion and celery; then slice cucumbers; and add all ingredients to cooled pasta. Add a full bottle of Coach’s Low Country Vinaigrette/Marinade. Add Coach’s Low Country Seasoning to taste. Then refrigerate for two to four hours. Serve and enjoy!